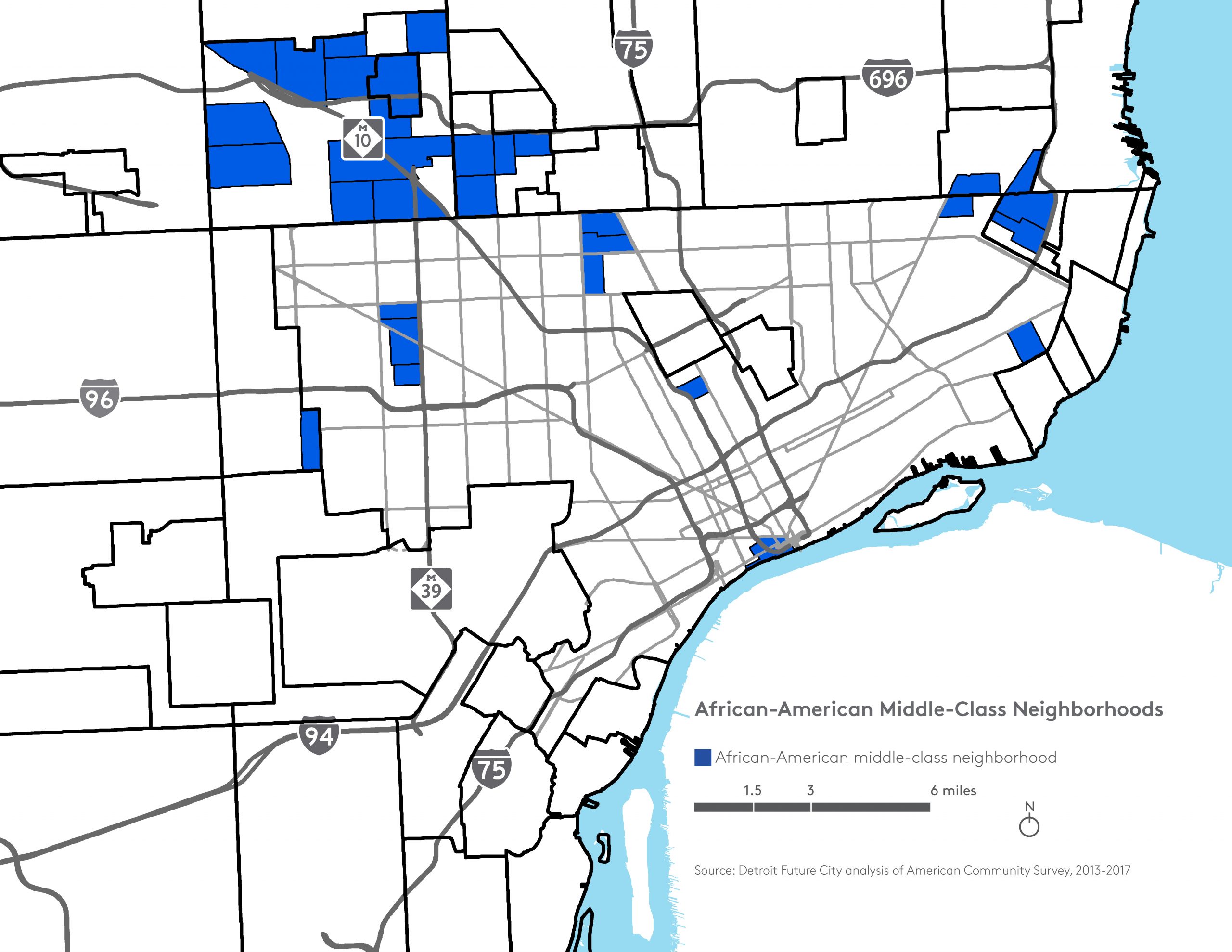 The Growing Detroit’s African-American Middle Class: The Opportunity for a Prosperous Detroit report, published by Detroit Future City in 2019, provides a comprehensive, quantitative, and qualitative understanding of the middle class in Detroit, with a specific focus on the African-American middle class in the city and region. Mass Economics collaborated with Detroit Future City and its partners to produce the report, which builds on the 139 Square Miles report (to which Mass Economics also contributed). Mass Economics’ work on the project started by evaluating different theoretical and operationalized definitions of the middle class in Detroit, based on a thorough literature review and data analytics. The strengths, weaknesses, and limitations of different definitions were identified and, informed by data and “pressure test” mapping, the project team coalesced around an agreed upon definition of the middle class. Next, staff performed the deep dive analysis and mapping of the socioeconomic and demographic data to create profiles of the middle class – and middle class neighborhoods – by racial/ethnic group over time throughout the Detroit region, the 50 largest cities, and the U.S. These analytics formed the backbone of the report and helped contextualize Detroit’s middle class trends. As part of the work, Mass Economics also evaluated dozens of potential quality of life and consumer status metrics and proxies that helped inform later efforts with Detroit Future City (e.g., proximity to amenities and dis-amenities, housing quality, commutes to and from work, etc.)

The final report can be found at this link: https://detroitfuturecity.com/middleclassreport/documents/DFC_Growing-Detroit’s-African-American-Middle-Class.pdf